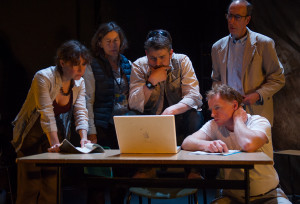 Helen Chadwick Song Theatre is a group of actors, singers and makers who create and perform song theatre and concerts composed by Chadwick. Along side the performers is the creative team as well as the venues, festivals and supporters who make it real possible.

See under the performance tab for details of our performances and under calendar for dates.

For information about Venues and Supporters