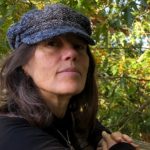 In the backroom work is going on

…to release an album that was recorded ages 18 months ago with a fabulous bunch of singers and recording experts in Newcastle at Blank Studios.

…also on some scores and sound files which will eventually be downloadable on this site so that it is easier for other ensembles and choirs to sing the songs.

…Steven Hoggett and I meet for breakfast and make plans for some development time with some singer performers on something new, it’s still early days in our process.

….first essays into some new recordings, still so many songs needing to get out there, including more from performances TRUTH,  DALSTON SONGS, THE SINGING CIRCLE, WAR CORRESPONDENTS