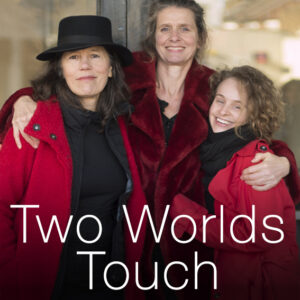 Singer, songwriter, composer, performance creator and recording artist, with a background in theatre, I write unaccompanied songs for voices and create solo and group performances with Helen Chadwick Song Theatre.

RECORDINGS…
ten albums, including House of Light and Fragments of Love. I love to set great poetry, and my albums are full of these songs.

PERFORMANCES INVOLVING COMMUNITY PARTICIPATION
we create site-specific work for choirs and soloists and use each space to the full as well and involving local communities in the creation of the material as in Dalston Songs – Homerton Sings which can be adapted and recreated in any city involving local choirs and local stories.

COMMISSIONS
Helen has been commissioned to create song theatre performances for, among others, the Royal Opera House, English Touring Opera, Greenwich, Salisbury and Norwich festivals, and has composed for the BBC, the Royal Shakespeare Company and the National Theatre.

SING FOR WATER
Helen is the founder with Thames Festival of the mass choir charity project Sing for Water which has raised over a million pounds for water projects at WaterAid, through projects lead by choir leaders all over the UK, Europe and Australia.

WORKSHOPS AND CHOIRS
Helen has been leading choirs and singing workshops for most of her adult life.