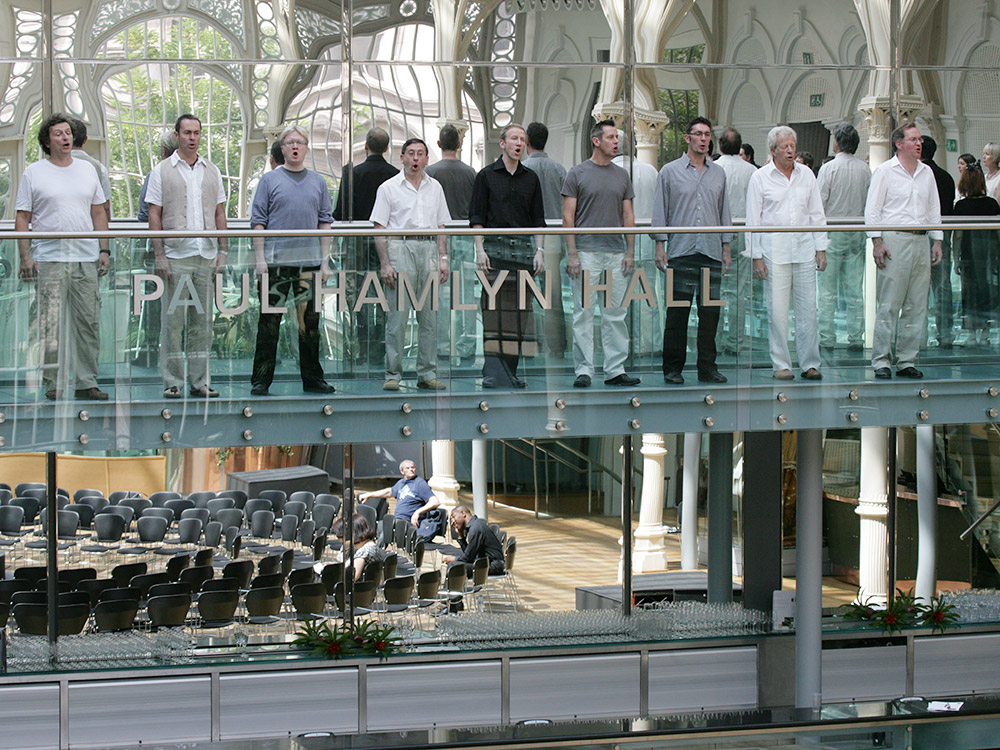 A surround sound choral and movement experience commissioned by the Royal Opera House in 2008 for the Paul Hamlyn Hall. The event celebrates difference and commonality in the rich diversity of singers and people in London. It received standing ovations as audience members stood and wept. 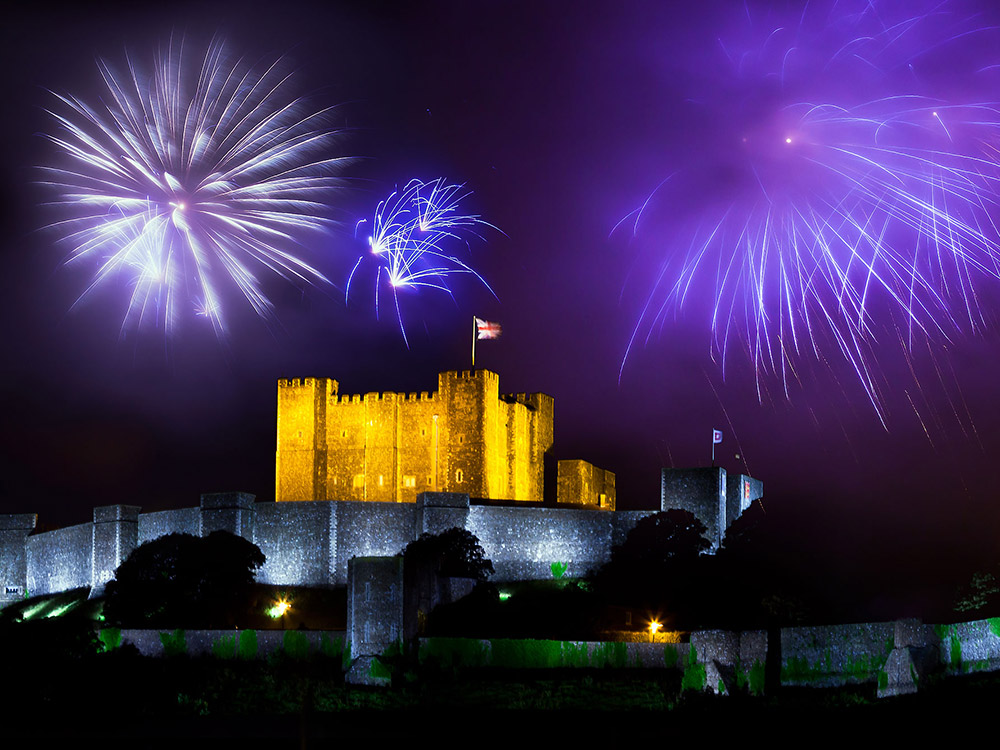 Howard Moody and Helen composed Song for Dover for the arrival by sea of the Olympic Torch in 2012. On a wild night on the beach 40,000 people witnessed the arrival of the torch accompanied by songs, instrumentalists and a major firework display by The World Famous. 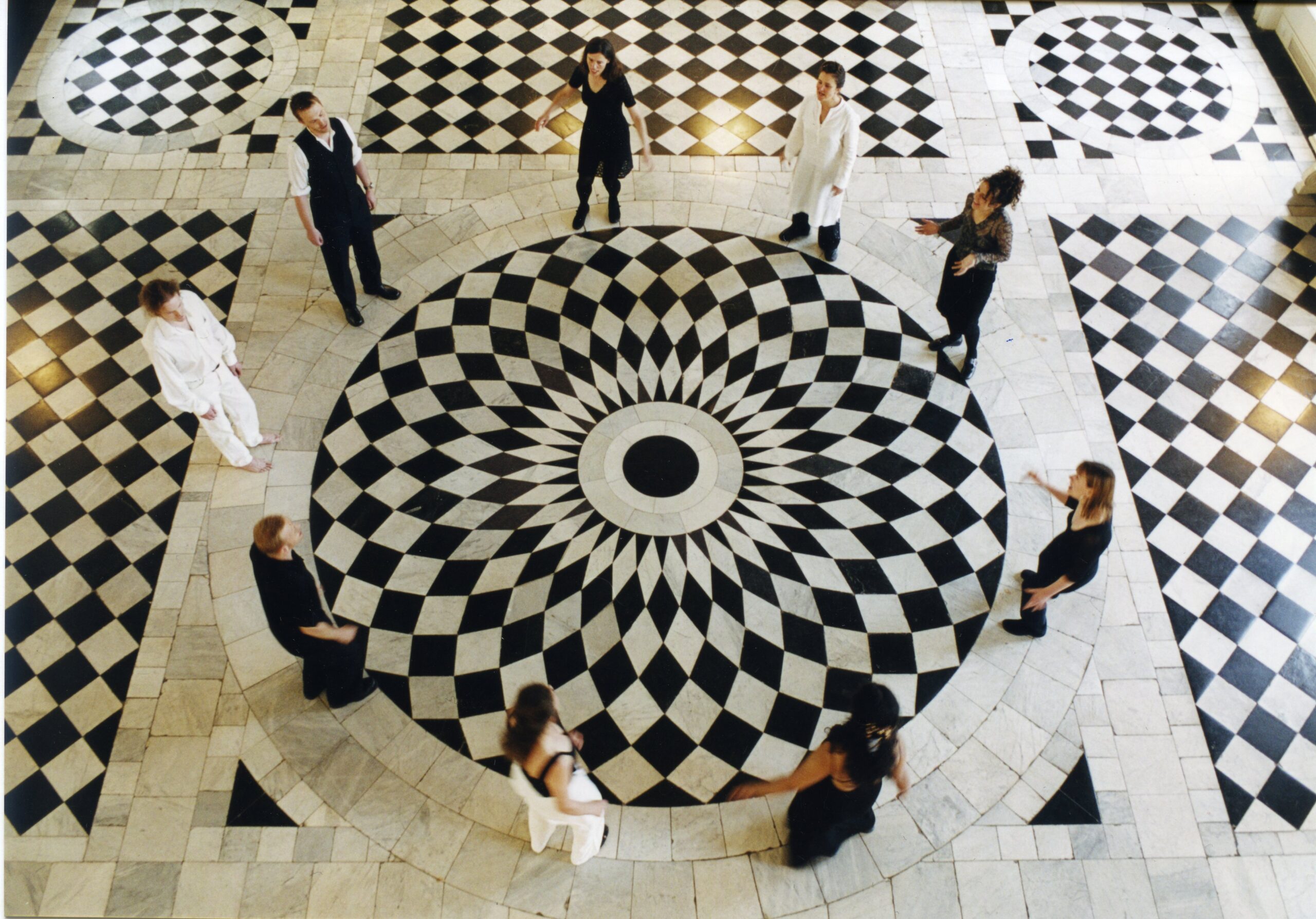 A Body Of Song

A site specific song-theatre performance for nine soloists commissioned by Greenwich and Docklands International Festival for the Queens’ House in 2001. It was a total joy to sing in and choreograph for this space, with its circular marble patterned floor, spiral staircase, three balconies and four entrances. 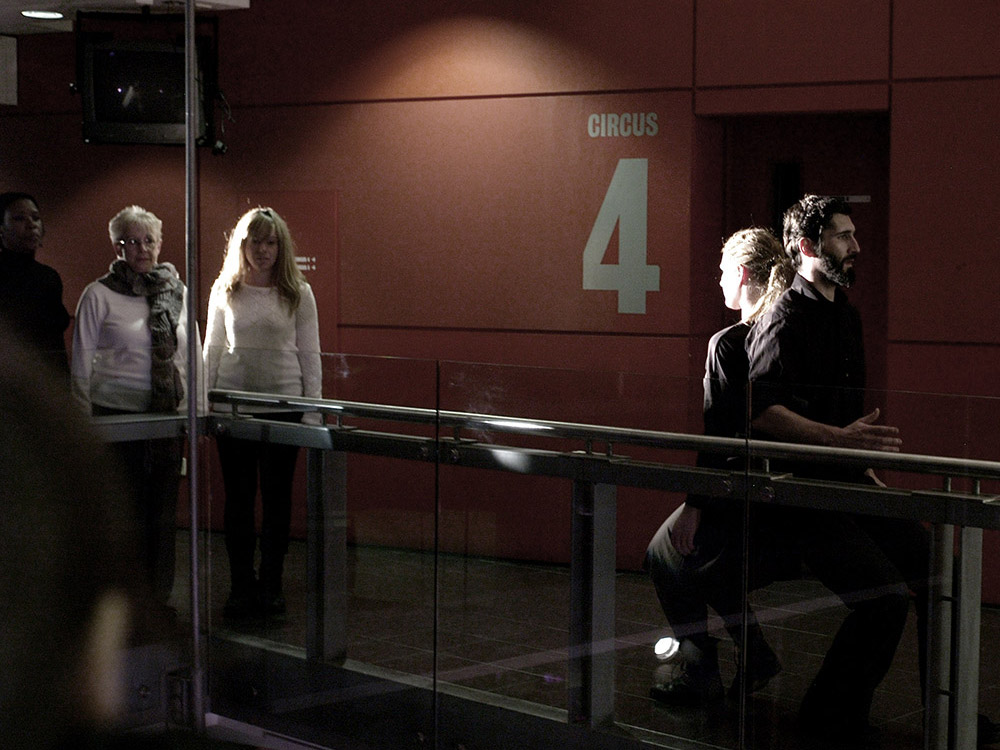 A song-theatre commission for Stratford Circus' atrium that involves layers of balconies. The audience were in and among the whole experience which was performed by a specially created community choir, two dancers and a singer soloist. Mia Theil Have choreographed the movement duets. 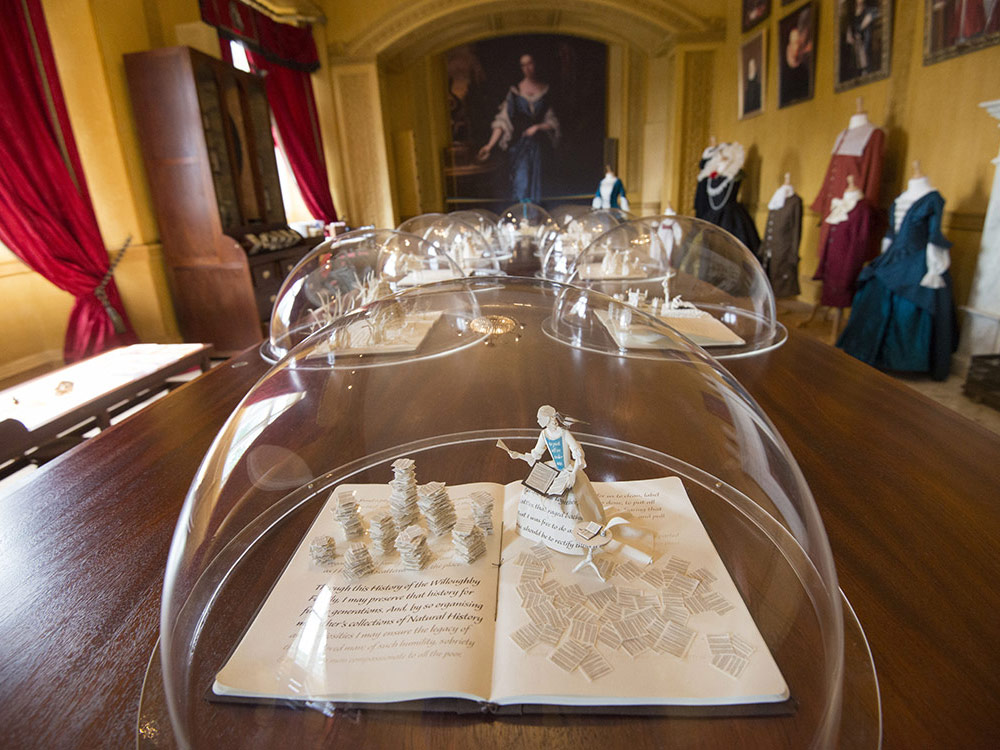 Songs for an installation at Wollaton Hall, Nottinghamshire that tells the story of a woman who moved there at the age of seventeen and revamped the whole place with her brother. Visuals and concept by Dragon Breath Theatre. I composed a song cycle in collaboration with Duncan Chave.